(TOLEDO, Ohio – April 2, 2015) – Bob Schacht is still 14th on the all-time ARCA Racing Series presented by Menards win list with 19 career victories, which just so happens to include three consecutive at Fairgrounds Speedway Nashville in 1981, ’82 and ’83. 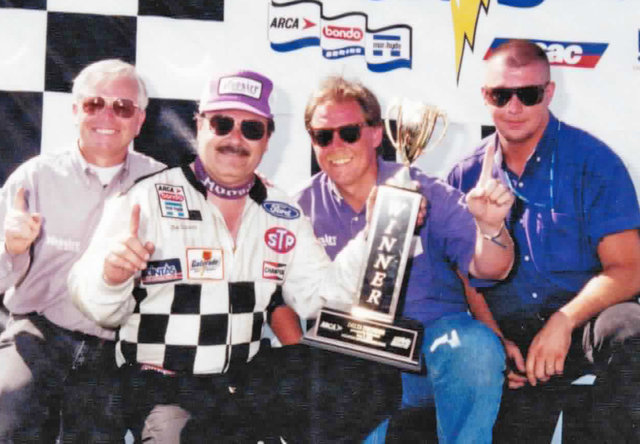 “Biggest reason…Nashville’s a driver’s racetrack,” Schacht said. “Your car has to handle too; don’t get me wrong, but Nashville’s a place where the driver can really make up the difference.

“It’s high-banked…not too far off from Toledo…just a little more technical. There’s a bump coming off (turn) two and if you don’t hit it right, you can lose a lot of traction, but you have to just flat out drive that track. It’s where a guy can literally out-drive someone to the front. It’s a classic short track…like all that short track stuff…right in my wheelhouse.”

As it turns out, Schacht’s “wheelhouse” is still in operation; in fact, the 65-year-old seasoned veteran is planning a series return this year at New Jersey Motorsports Park.

“That’s my plan…to be at New Jersey Motorsports Park in May. I’m going to VIR (Virginia Int’l Raceway) middle of April – 17-18-19, and I’m going back on May 9 and 10. Then to New Jersey. The testing at VIR will tell me if I can be competitive or not. We were running a 16-year-old kid in Pro Cup recently and we had almost identical lap times, so I still feel like I can be competitive.

“I feel really good overall. My neck hurt all those years…drove me crazy. Back then, we didn’t have the HANS device or any of the stuff on the side of the seat to keep you in place. And, over the years, your neck would take on quite a pounding. That’s the reason I got out in 2001 and didn’t get back until New Jersey 2008.”

However, when Schacht did get back in the saddle at New Jersey in ’08 following his seven-year hiatus, he showed everyone he’s still got it. In fact he finished ninth on the lead lap, ahead of Frank Kimmel, and right on the heels of some serious talent, which included that day – Justin Allgaier, Ricky Stenhouse, Jr., James Buescher, Parker Kligerman, Brian Scott and Scott Speed to name a few.

“I feel great now. Been running SCCA stuff and been running go-karts at Millbridge (Speedway), on the dirt no less. Me and some guys from the shop pay five bucks, practice and play all night.”

Whether Schacht was driving or not, he stayed busy providing quality rides for a variety of drivers over the years. Schacht was one of the first to bring about the driver development concept in the mid- to late-90s.

“When I started driving less, I put Stuart (Kirby) in the car, and that was half the battle. Stuart was a damn-good racer, and when you’re doing the rental car thing, if you’re working with someone who can really drive, you look good.

“Fortunately, I got to work with some really good drivers…Kenny Martin, Michael Vergers, Christi Passmore…Deborah Renshaw. Renshaw was damn good. That girl could drive a racecar. Of all the female racers I’ve seen so far, I thought she had the most potential. If she could have continued, I think she could have been one of the best. When she put that helmet on, she was fearless…and she could wheel it too.

“Now the Venturini’s…just about everyone’s doing it (driver development).”

When Schacht wasn’t fielding cars for drivers, he stayed plenty busy building cars, including a special order from overseas.

“I built 43 cars for the Prince of Dubai. That’s all I did in 2007 and 2008. They were put on container ships and shipped overseas. The first few actually went over on the bottoms of airplanes out of JKF. The Prince had a road race series for about three years. They ran Bahrain, Monte Carlo, Malaysia and Dubai. They ran about 20-25 races.”

Schacht’s ARCA win record is noteworthy, especially considering the wide range of tracks his victories have come on. In fact, the Chicago native is one of only a handful of drivers in ARCA history who has won on all the track types on ARCA’s diverse tour, which includes superspeedways, short tracks, dirt tracks and road courses. Only Nelson Stacy, Jack Bowsher, Ken Schrader, Justin Allgaier and Chris Buescher have accomplished the same feat.

“We could have had four or five in a row at Pocono if we didn’t get caught up (in a crash).”

Asked about his secret to success on the 2.5-mile Pocono triangle, Schacht answered, “Milwaukee. I just treated it like it was Milwaukee, and Milwaukee is another driver’s track. If I’m not mistaken, turn three at Pocono is mirrored off the corners at Milwaukee. And the tunnel turn comes from Indy. You have to carry a lot of speed across that tunnel turn, just like you would at Indy. You literally drive right toward the wall hoping the car will turn. And I think turn one is from Trenton. Trenton had a dogleg in it.” 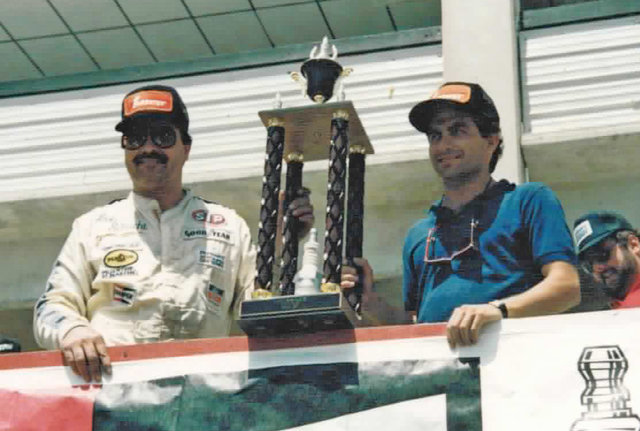 Schacht also shares an interesting story regarding one of his Pocono trophies.

“I think it was 1983. It was the July race. For whatever reason, they didn’t have a trophy for Cup, so they kept my trophy for their victory lane celebration. Tim Richmond won the race. It took forever to get my trophy back from him. I guess he didn’t want to give it up.”

DROP US A LINE